My students have always struggled with scatter plots and lines of best fit. I blame myself. I don't use a textbook, but I've been teaching this particular topic in the same fashion that my book presents it. In fact, I've used many of their examples to help teach scatter plots including this one: 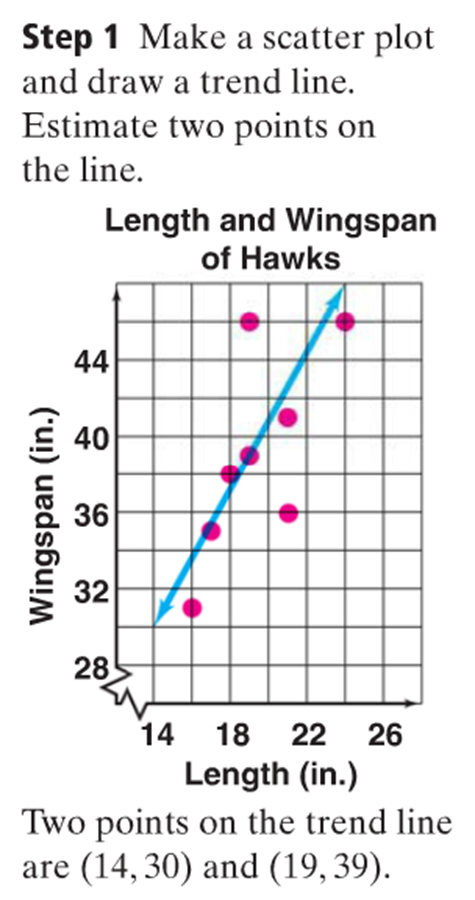 There are couple problems I have with this example:
This year I tried something different. I gave my students some data points. 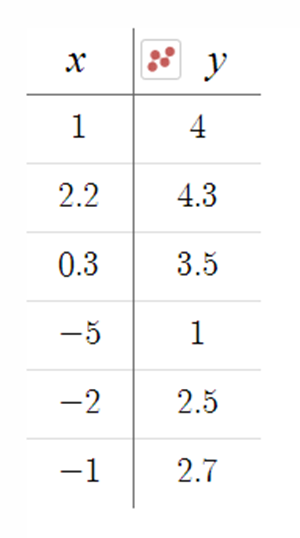 The had to plot the points on graph paper, draw a trend line, find the slope and y-intercept, and write their equations in slope-intercept form. Because this data has such strong correlation, it was very easy to see where the trend line should be. After all students made an attempt at creating a trend line, I sampled a few of them (strategically) and compared them on the Smartboard using Desmos's online graphing calculator. Three of the students' trend lines are shown below. 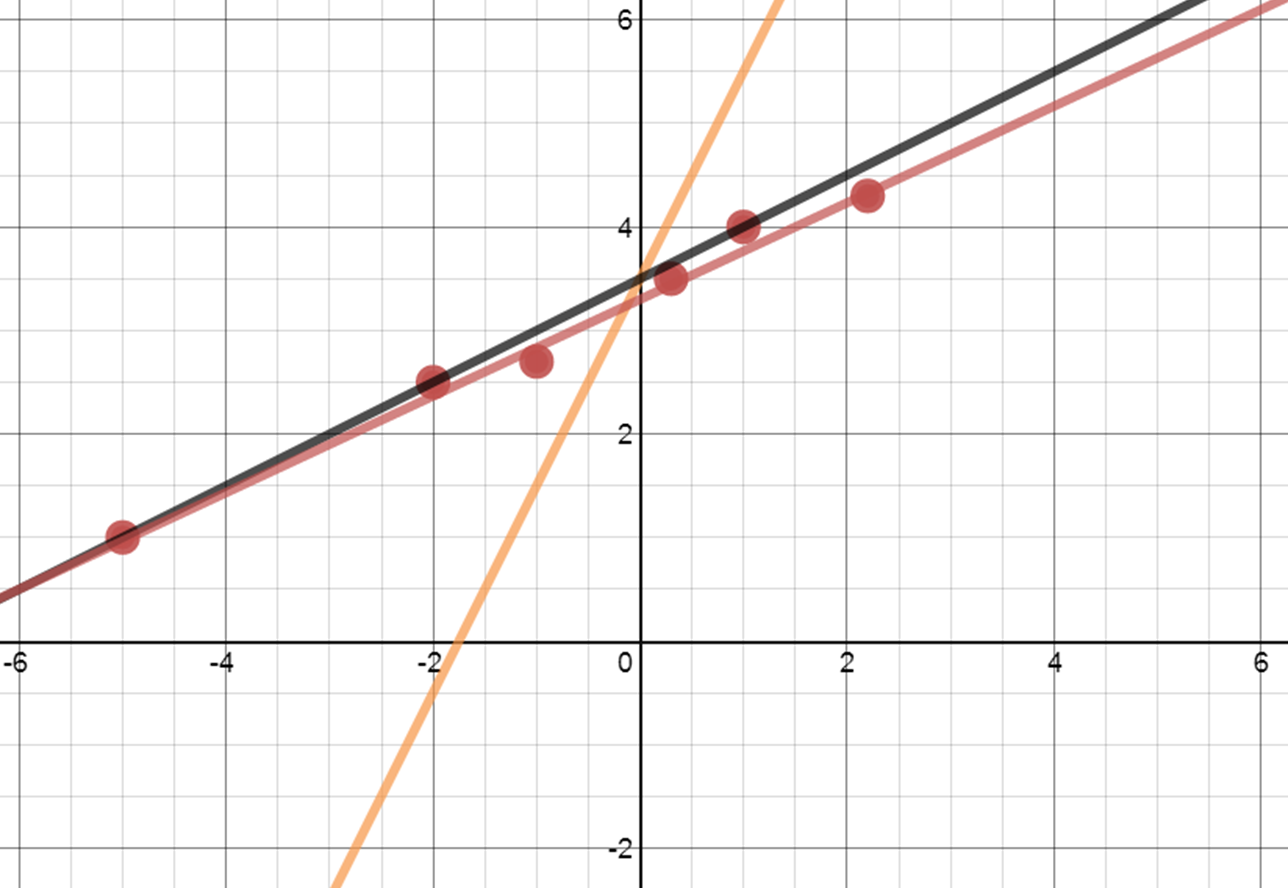 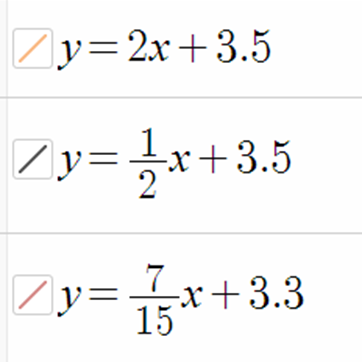 As we added each trend line, students were asked to comment on how each could be improved: "It's not going through the points." "It's slanted the wrong way." "The slope is too big." "There are more points below the line than above the line." Naturally this became a little competitive as some students thought their trend lines were better than others'. I welcome competition...as long as it doesn't get too ugly. Oddly enough, it did get a little ugly.

To settle any disputes, we compared the students' equations and graphs to one I calculated using Microsoft Excel. It's pretty cool when a student's trend line (in red) almost perfectly matches the line of best fit (in purple). 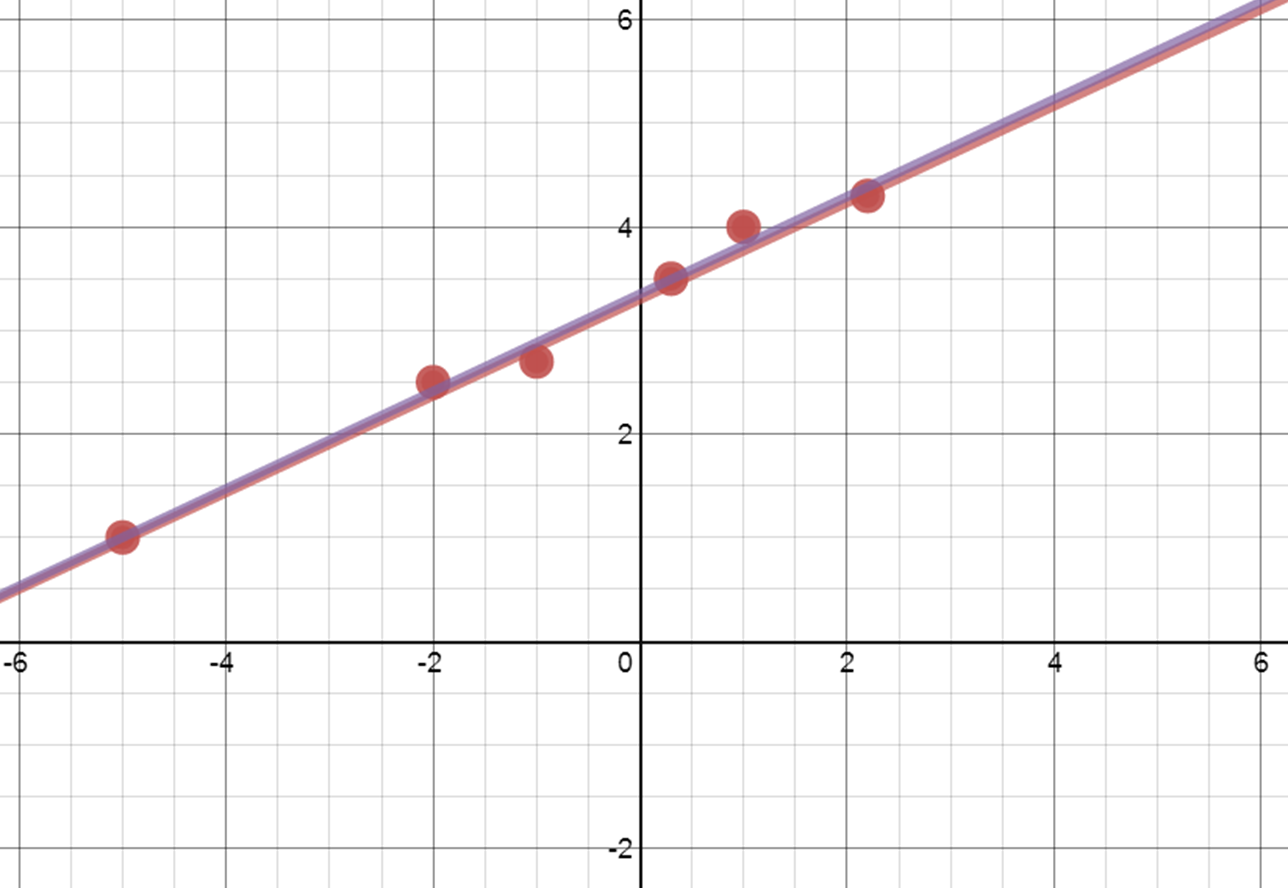 Note #1: If you're feeling risky, do the exercise with the kids and submit your own equation into the mix. I have done this and I have been beaten by a student. They loved it. And of course, I pretended to be devastated by it.

Note #2: Prior to doing this activity, we looked at the McDonald's menu and compared calories and grams of fat on a scatter plot. Without drawing a trend line, I asked students to predict how many grams of fat would be in McDonald's new burger, The McHeart Attack, which boasted a whopping 1000 calories. Without ever mentioning what a trend line is, students were seeing and drawing trend lines on the Smartboard to predict the grams of fat.